Recently, the Walt Disney Company announced, pressured by thousands in an online petition, along with the Black Lives Matter movement, that they are re-theming their immensely popular water attraction, SPLASH MOUNTAIN. They decided this because of the ride’s ties to the racially divisive motion-picture SONG OF THE SOUTH, a feature-film produced by Disney, considered by many to be the first feel-good movie about being a slave. So I ask this simple question to the Walt Disney company: why stop there? The Disney parks are full of racist, woman-bashing, human demoralizing, murderous, drug-using, notorious connections to the past (and present!) Come along on a journey with me as we explore the nefarious (not so!) Happiest Place on Earth! THE HALL OF PRESIDENTS Let’s begin with the most racist, misogynistic, corrupt Disney attraction of them all! An audio-animatronic extravaganza at Walt Disney’s Magical Kingdom, starring 45 robotic representations of all of our glorious presidents! The star of the show is Donald Trump, who exclaimed it’s OK to grab women by the pussies, who has spewed racist vitriol almost on a daily basis, and is murdering the country as I type by allowing a virus to overtake the USA because of his own selfish self-interests! And let’s not forget, over a dozen of the presidents in this 17-minute attraction owned thousands of slaves, including school-house white-washed faves George Washington and Thomas Jefferson, both of whom tortured these poor African Americans, tearing apart their spirit. Even Ronald Reagan and LBJ have spewed racism on tape! (google it it’s out there!) . All men are created equal? HA! Shame on you Disney, SHUT THIS ATTRACTION DOWN NOW!

DUMBO’S FLYING ELEPHANT/PETER PAN’S FLIGHT RIDES How can Disney with a straight face wish to be diversified though not get rid of Dumbo rides at all Disney theme parks around the world? In the 1941 movie “Dumbo,” animated crows assist Dumbo, teaching him to fly. They are depicted with exaggerated black stereotypical voices. The lead crow’s name is “Jim Crow,” a term that describes a set of laws that legalized segregation. Heck, even Disney’s new streaming service Disney + realizes Dumbo is a racist movie. They offer a disclaimer that reads, “This program is presented as originally created. It may contain outdated cultural depictions.” I am confident all children riding those cute ceramic pachyderms will absorb the deep, dark racist connotations of this horror show of a movie! And what about Peter Pan’s Flight ride, where Indigenous people are portrayed as stereo-typical cartoons (Disney + offers the same warning for this movie)! Shame on you Disney, SHUT THIS ATTRACTION DOWN NOW! PINOCCOHIO RIDE Tween children are captured, then turned into donkey slaves. And the 40-something villain gets away with it! Maybe pedophilia and murder too! Shame on you Disney, SHUT THIS ATTRACTION DOWN NOW!

JUNGLE CRUISE RIDE: violent indigenous natives? Check. Tour guides shooting guns at endangered animals? Check. African-American animatronics portrayed as dim-wits, wearing subservient fez’s for their white masters while being chased up a poll by a Rhino? Check! Shame on you Disney, SHUT THIS ATTRACTION DOWN NOW! PIRATES OF THE CARRIBEAN Ok, let’s hand it to Disney. They got rid of a scene depicting a voluptuous red-head being sold-off as a whore to the highest bidder. However, the ride still has pirates stealing from innocent persons, burning down a town “Watts Riot” style, drunken pirates who obviously need an AA meeting and the torture a man by dunking him constantly into a well! Shame on you Disney, SHUT THIS ATTRACTION DOWN NOW!

BUZZLIGHTYEAR RIDE Hey, kiddies! Did you know the voice of Buzz Lightyear, Tim Allen, snorted cocaine and spent close to 3 years in prison for drug trafficking? (Could have been life in prison if he didn’t rat others out!) Shame on you Disney, SHUT THIS ATTRACTION DOWN NOW! MR. TOAD’S WILD RIDE

Religious right, listen up! If you have always dreamed of being murdered by a freight train and sent straight to hell, this is the ride for you! Shame on you Disney, SHUT THIS ATTRACTION DOWN NOW!

Did you know this coveted, one of a kind E-Ticket Ride features the visual and audible talent of Wallace Langham, who served three years probation and 450 hours of community service for beating another person while screaming gay slurs at him? Yes, you can see him daily at the G-rated Animal Kingdom theme park, Walt Disney World! Shame on you Disney, SHUT THIS ATTRACTION DOWN NOW!

IT’S A SMALL WORLD – um, let’s not even goes there! I can write an entire blog on the racist connotations in this one. Just shut this down just to get that damn song out of our heads! Ok, what did I miss!? Let me know in the comments below!

Tinykin will fulfill your Pikmin Craving! Demo is A+ 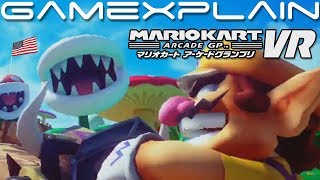 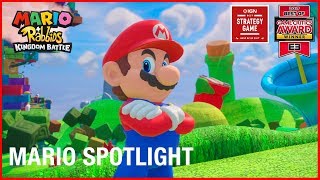